The famous Edgar Cayce, called the “sleeping prophet,” popularized the use of castor oil in the 1940′s and ’50′s, especially in the form of castor oil packs, which resulted in amazing health recoveries for many people.  The most frequently recommended use of castor oil by Cayce was as castor oil packs, which were recommended for many conditions such as cholecystitis (inflammation of the gallbladder), poor eliminations, epilepsy, various liver conditions such as cirrhosis and torpid liver, scleroderma, headaches, appendicitis, arthritis, in-coordination between assimilations and eliminations, colitis, intestinal disorders such as stricture and colon impaction, in-coordination between nervous system, neuritis, toxemia and more.

The “Hand of Christ”

For thousands of years, castor oil has been used for just about everything: from relieving menstrual cramps to easing childbirth to clearing warts.  Castor oil has been used to assist the healing of the body from ancient times throughout the world.  It was used therapeutically in ancient India, China, Persia, Egypt, Africa, Greece, Rome, the Americas and in the 17th century Europe.

Castor oil was called the Palma Christi or the “Hand of Christ”.  It is known to be effective for many diverse types of pain, liver and gallbladder stimulation and cleansing/detox, digestive problems, lacerations, skin disorders such as eczema or psoriasis, menopause symptoms, to boost the immune system, as an emollient and skin softener and much more.

Today, many health care practitioners are rediscovering the benefits of using REAL, therapeutic quality castor oil.  Castor oil is truly one of the earth’s most versatile healing gifts – and so simple to use. 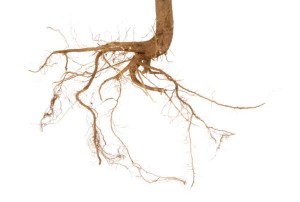 Castor oil appears to work by drawing blood circulation and enhanced biological energy to the area where it is applied, then drawing lodged toxins out of the body.  Many practitioners often use castor oil as an important adjunct to a comprehensive treatment plan for an individual.  It is important to eradicate the root cause of an illness, not only to clear the symptoms of a disorder.  Castor oil has proven very valuable in helping to detoxify the body at deeper levels, thus eliminating the root causes.

The Healing Effect of Ricinoleic Acid 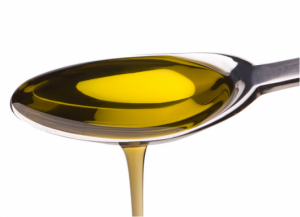 The effectiveness of castor oil may be due in part to its unusual chemical composition.  Castor oil is a triglyceride of fatty acids.  Almost 90% of its fatty acid content consists  of ricinoleic acid.  Such a high concentrated of this unusual unsaturated fatty acid may be responsible for castor oil remarkable healing abilities.

Research has shown ricinoleic acid to be effective in preventing the growth of numerous species of viruses, bacteria, yeasts and molds.  Due to the many beneficial effects of this fatty acid component, the use of castor oil can be applied topically to treat a wide variety of health complaints.

Using castor oil topically has had a high degree of success in clearing stubborn skin ailments such as ringworms, keratoses and skin inflammation.  Generally, for these conditions, the affected area is simply wrapped in cotton cloth soaked with castor oil for one night or a few nights in a row until the area heals.

In Russia, castor oil is added to health products to restore hair growth and luster, to help resolve constipation and to soothe eye irritations.

Much of the popularity of castor oil (especially the use of an external castor oil pack) can be attributed to the late healing psychic, Edgar Cayce, who liberally recommended the use of castor oil for many people who came to him requesting help for many types of health conditions.

Cayce was especially fond of recommending castor oil as an abdominal pack (i.e. several layers of cotton saturated with castor oil, then placed against the skin) to which heat was then applied for a short period of time (30 minutes to an hour).  These results were so astounding that castor oil packs are still very popular today.

Cayce recommended the use of castor oil packs in hundreds of readings to improve the body’s eliminations, lymphatic circulation and assimilation of nutrients.  By using castor oil packs, the flow of lymph is increased throughout the entire body. This helps to speed the removal of toxins surrounding the cells and to reduce the size of swollen lymph nodes.  The end result is a pronounced, systemic improvement in organ function with a general lessening of fatigue and depression.

Dr. William McGarey, a medical doctor in Phoenix, Arizona who extensively studied Cayce’s medical recommendations, showed that his own patients using castor oil packs had significant increase in the production of lymphocytes as compared to those using placebo packs.

In his book, The Oil That Heals, Dr. McGarey recounts many seemingly miraculous cases where castor oil packs were the key therapy used to help his patients overcome many different types of disorders in a very short period of time. 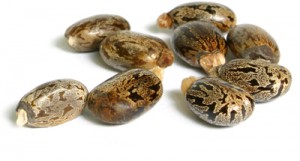 Beware of the source of your castor oil.  Unfortunately, much castor oil currently available is derived from castor oil beans that have been pesticided or poorly grown (thus having few or no healing properties) and which have been solvent-extracted or deodorized (which damages healing phytonutrients and imparts residual toxic solvent contaminants). 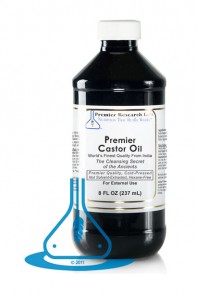 The best source of castor oil is considered to be from the ancient land of its original discovery and use:  India.  The castor beans are still grown by traditional herbal masters in the dense, central forests of India in fertile, soil and clean air.  Be sure your castor oil is cold pressed (without hexane) and is pesticide-free.

Only top quality castor oil can be guaranteed to contain the full range of highly active, undamaged healing phytochemicals, including ricinoleic acid, undecylenic acid and much more.

To find an individual product please type the name in the search box.