Are You Really Eating These In Your Supplements? 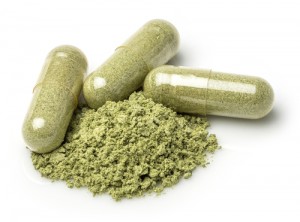 Excipients are highly questionable and often toxic tag-along chemicals or agents which are used in typical nutritional supplement manufacturing processes. However, we strive to produce only products that are 100% excipient-free. We guarantee that what you see on the label is exactly what is in our product: absolutely no undisclosed excipients, such as fillers, binders, artificial colors or other toxic tagalongs.

Many nutritional supplements contain potentially health impeding excipients, sometimes listed under “Other Ingredients” on the label, or not listed at all – a deceptive practice.  Ingredients such as magnesium stearate (an undesirable hydrogenated oil), silicon dioxide (the chemical term for common sand), natural flavors (a common term for toxic MSG, monosodium glutamate) are often used as fillers or flowing agents to help in the encapsulation process, or to disguise “off” or bland tastes in a product.  These toxic, non-nutritive chemical agents have the potential to create health problems if consumed over time.

Current research shows that excipients such as silicon dioxide (sand) which has always been considered safe, now when combined with magnesium stearate, may produce a slurry in the G.I. that initiates an immune compromise similar to that of a leaking silicon breast implant.

Please note: Tablets ALWAYS contain excipients (that is how they are made; they cannot be made without them); therefore it is wisest to especially avoid nutritional products as tablets.

What is Magnesium Stearate?

It is estimated that 90% of the vitamin/mineral products consumed today contain magnesium stearate (an immune suppressant), Immune compromised people who are chronically ill, seeking to deal with a primary cause, such as a nutritional deficiency, often take handfuls of capsules to get vitamin, mineral and other key nutrients from capsules that contain stearic acid or magnesium stearate and get a powerful immuno-suppressive treatment instead. Most retailers and distributors are not aware of this threat and mistakenly claim 100% purity for their products.

This commonly used excipient can be made from animal or vegetable sources. It is used as a flowing agent and lubricant. It is insoluble in water and may hinder the absorption of nutrients. Research shows that it suppresses the immune system.

PVP is a synthetic polymer used as a dispersing and suspending agent in virtually all encapsulated nutritional supplements; considered to be a potential carcinogen.

A refined sugar obtained by the hydrolysis of cornstarch. It is used for flavor, as a texturizer and bulking agent. Maltodextrin may contain free glutamate (MSG), which occurs as a result of processing. MSG is a known neurotoxin.

A starch made from plant material that is used as filler, binder and disintegrant. Starches processed from corn contain free glutamate (MSG), resulting from processing. MSG is a known neurotoxin.

Silica is a transparent, tasteless, powder that is practically insoluble in water. It is the main component of beach sand and is used as an obsorbent and flow agent in supplements. It may hinder digestion or the uptake of other nutrients and deplete HCL (Hydrochloric Acid).

Resins are used as binders and aid in water resistance. They may be of plant or synthetic origin and are used as lacquers, varnishes, inks, adhesives, synthetic plastics and pharmaceuticals. Synthetic forms include polyvinyl, polystyrene and polyethylene. Toxicity is dependent on the ingredients used in the manufacture of the resin.

A mineral complex of calcium and phosphorous that is commonly used as a tableting aid, filler or bulking agent. Phosphates can induce the same symptoms as MSG in those who are extremely sensitive to MSG.

A non-ionic surfactant that is a polymer containing oleic acid, palmitic acid, sorbitol and ethylene oxide and is formed by microbial fermentation. It is used as an emulsifier, dispersant or stabilizer in foods, cosmetics, supplements and pharmaceuticals.

This is an inorganic, white, opaque pigment made from anatase (metallic mineral) that is often used in supplements as a whitening agent. Titanium dioxide is a pro-oxidant. It is also used in paints and coatings, plastics, paper, inks, fibers, food and cosmetics.

This excipient is used as an emulsifier, binder and surfactant. It improves resistance to moisture and oxidation. Polyethylene is a polymerized ethylene resin and glycol is a dihydric alcohol.

This is actually shellac used to coat vitamin tablets. Shellac is difficult to digest and supplements coated with shellac are difficult for the body to break down and assimilate.

To find an individual product please type the name in the search box.